Home › Education › THE MAKINGS OF A BAD REALITY SHOW

THE MAKINGS OF A BAD REALITY SHOW 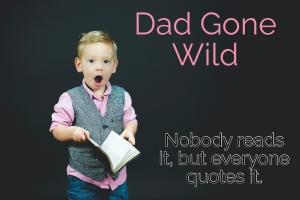 “I know, right. I keep thinking”
― Peter Swanson, The Kind Worth Killing

In case you missed it, last week Governor lee announced the creation of a task force, consisting of a steering committee and 18 sub-committees, in order to revamp the decades-old formula used to fund Tennessee schools currently in place. One that everybody without a partisan ax to rind recognizes as being obsolete.

The befuddling part starts with the premise that Lee seems to believe that you can reform an inadequate funding formula without increasing overall funding. n other words, he’s under the illusion that you can feed more people with the same sized pizza if you just slice it a little differently.

The reality is that we need to buy a couple more pizzas because the Tennessee of today is not the Tennessee of 30 years ago when the BEP formula was created. More students require specialized services and families have more options. As a result, more pressure is being put on local districts to supplement the shortfall from the state. A pressure they can’t keep up and resulting in students being increasingly underserved.

As andy Spears writes in the TNEd Report,

Tennessee ranks 46th in the nation for what we invest per student. It is irresponsible and harmful to Tennessee children to continue the pattern of insufficient state investment in our schools, especially at a time when Tennessee has the largest revenue surpluses in state history. We can and must do better for our students.

The original formula was developed out of a need to create equity between large and small districts, over time the primary issue has become one of adequacy as much as equity. Like Carter County School Districts director Tracy McAbee told the Tennessean,

“I think it’s not just equity, it’s an adequacy issue. It’s not the pieces of the pie that’s the issue but how much pie we do actually have is the issue,”

Perhaps somewhere down the line, this inadequacy will be revealed to Governor Lee and he will propose an increase of funding. Though early indications are that increased funding is not something he’s considering.

The amusing part comes with the revealing of the steering committee and individual sub-committee members. Each day this week brings a new revelation as if all of this were an episode of the Masked Singer. Stakeholders are left to wait breathlessly, speculating on who might be named a member, and each day a new group is revealed.

On Monday, it was the steering committee. A list comprised entirely of Republicans, unless of course, you count Bill Lee and Penny Schwinn, both of whose party affiliation is debatable.

I’m got a particularly hearty chuckle out the Governor naming himself to the steering committee. A move surely made with an eye cast towards the upcoming election cycle.

I can envision the campaign flyer now, Lee rolling up his flannel shirt sleeves and leading the heavy lifting, despite knowing as much about the BEP as he does about Texas immigration challenges. Luckily he’s got, Natasha right next to him feeding him his lines, despite her knowing the BEP about as well as she knows ethics policies.

I was pleased to see House Education Instruction Chairlady Debra Moody on the committee. She seems to understand what’s at stake better than most as evidenced by her quote for the press release,

“State education funding is complex and challenging. We need to examine all the possibilities, look at ways in which we can improve the use of taxpayer dollars, involve and listen to stakeholders, and strengthen our funding mechanism statewide so that tax dollars reach the classroom. I look forward to hearing the discussion, understanding that difficult conversations come with divergent opinions. In the end, we must get education funding right.”

Looking at the lists provided gives no surprises, but does give a clearer picture of where Lee is going with this exercise. Lots of Charter school folks, and lots of folks who have been friendly to the Governor in the past. Nothing wrong with most of those named, but not exactly a gathering of diverse voices either.

Interestingly enough, if you live in Sumner County you’ve got a little more voice than if you lived in…say… Davidson County. It pays to curry favor with the royalty.

A couple of names worth highlighting. I am encouraged to Wendy Tucker named. Tucker and I disagree on many education initiatives, but she’s certainly nobody’s puppet. her inclusion ensures that at least a whiff of honesty will blow through the proceedings.

Here’s one name that just reading her accompanying title tells you all you need to know -Courtney Mott, Director of State & Electoral Campaigns, Save the Children Action Network.

I am happy to see Tara Lentz, Co-Executive Director, Conexión Américas on here. Over the last couple of years, Conexion has become a less political more action organization. Hopefully, that will continue here.

It wouldn’t shock me if Chiefs For Change announced Stewart as a new member in the coming months, and she was shortlisted for the vacant superintendent position in Gig City – Chattanooga.

Maybe I’m reading too much into it, but we’ll see.

Now we come to the horrific. As comical and nonsensical as all of this is, make no mistake, it’s also particularly dastardly and there is little the opposition can do to stop it.

Democrats are purposely being left on the sideline and Republicans who might offer objections are quietly being reminded that the process of redistricting has yet to be completed. Complain too loudly and you can bet, that your seat will be redistricted into oblivion.

Make no mistake, even as the Governor finds himself in a courtroom over funding issues and his voucher plans, he’s doubling down in order to bring them to fruition. Student-based funding is one of those things that on paper sounds fantastic, but in reality, opens all kinds of doors to wholesale privatization.

It is really easy to create a voucher formula when you already have a dollar figure assigned to every student in the state.

Some have cautioned the Governor about undertaking such a politically dangerous initiative during an election year. But how dangerous is it really? Who is going to run against him?

I’m grateful for those Democrats that have thrown their hat in the ring, but let’s be honest, they have about as much chance of being the Governor of Tennessee as I do.

On the Republican side, they may privately question Lee’s commitment to conservative values and take offense to his abuse of executive power, but ain’t nobody stepping up and publically challenging him.

All of this leaves Lee free to do as he pleases, at great expense to the state.

The only hope I have is that his over-inflated ego has led him to believe that he is capable of more than he is in reality and leads to overreaching. Hopefully, he has created a process of such magnitude and unsustainability that it will eventually cave in on itself, much like his previous voucher efforts.

It’s a slim hope, but at this juncture, about all I see.

In case you are wondering, students at Cane Ridge High School and Antioch are still unable to participate in the Bridges to Belmont Scholarship program, despite all of the other Nashville zoned High Schools being included. Keep that in mind the next time you read a Tweet my MNPS’s Executive Officer for Diversity, Equity, and Inclusion lecturing about equity. Sometimes you need to turn your eyes inward before you cast them outward. 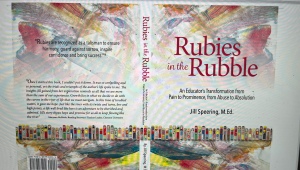 Local education superhero Jill Speering has written a book, and it’s a doozy. Covering her formative years through her education career, including her years of service on Nashville’s Board of Education, she gives insight into what the world of education looks like from the front lines. You can now order an advanced copy through Amazon. You don’t want to miss this one.

That’s about all I got right now, but I’m sure they’ll be more to share by Friday. See ya then.

A huge shout out to all of you who’ve lent your financial support. I am eternally grateful for your generosity. It allows me to keep doing what I do and without you, I would have been forced to quit long ago. It is truly appreciated and keeps the bill collectors happy. Now more than ever your continued support is vital.

If you are interested, I’m now sharing posts via email through Substack. This is a new foray for me and an effort to increase coverage. ‘ll be offering free and paid subscriptions. Paid subscriptions will receive additional materials as they become available. We’ll see how it goes.

If you wish to join the rank of donors, you can still head over to Patreon and help a brother out. Or you can hit up my Venmo account which is Thomas-Weber-10. I don’t need much – even $5 would help – but if you think what I do has value, a little help is always greatly appreciated. Not begging, just saying.