Home › Education › MY OP-ED FOR THE TENNESSEAN

MY OP-ED FOR THE TENNESSEAN

During his campaign for re-election in 1967, Nashville Mayor Beverly Briley said, “I believe in progress and a good school system is essential to progress. I also believe, as I have demonstrated over my last three years as mayor, that the schools should be run by an independent school board and not be subject to the whims of the mayor or any other politicians.”

He so believed in this principle that he ensured the provision was included in the charter that created Metropolitan Nashville. A sentiment his grandson, now readying his own run for re-election, does not seem to share.

Mayor David Briley recently lashed out at current Nashville school board members with vague threats and innuendos. He has told them to obey Sunshine Laws, vowed to be more involved in governance and informed them they have “one last chance to get it right.” 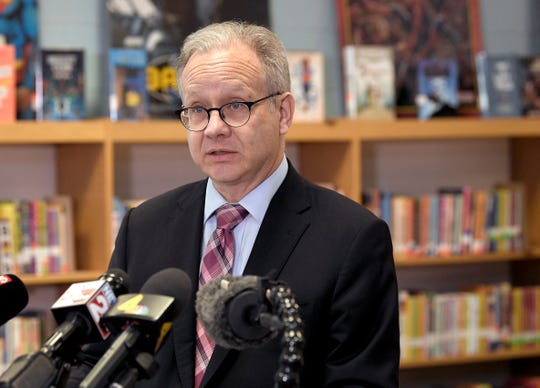 Nowhere does he offer a definition of “get it right”, nor does he offer explication on what his involvement may look like, since clear local and state laws tie his hands.

Per The Tennessean, he met with the candidate for interim director of schools with the expectation she would be named such before the board ever formally nominated her. Seems like the mayor is failing to heed his own warnings. Considering that he is rumored to be heeding the political advice of soon-to-be outgoing board member Will Pinkston that should come as no surprise to anyone. Pinkston is a long-time proponent of separate rules for separate parties.

David Briley is not the first mayor to take issue with the way the school board conducts business. Nashville’s mayors have flirted with mayoral control on occasions in the past. All discovered that to seize control would need the changing of both the city charter and state statutes. Something that would demand a deeper conversation, not to mention voter’s expressed permission.

To circumvent that need, David Briley is proposing to create a memorandum of understanding between the school board and the mayor’s office that would influence funding. This should be a concern for everyone, as the precedent that it would potentially create could mean the end to a truly independent school board.

Buy PhotoMetro Mayor Beverly Briley, right, addresses the Metro Council on the merits of his $114 million proposed budget for 1968-69 June 4, 1968. With the mayor is Vice Mayor Jerry Atkinson who presides over the Council. (Photo: Jack Corn / The Tennessean)

Members of the Nashville school board are not perfect, and I’ve often found myself in disagreement with them, yet, all have been elected by the citizens of their districts. As such, they serve as representatives of Nashville’s families. To try to mitigate that voice plays into the worst tendencies of patriarchal governance and does a disservice to all those that elected them to their position.

I’d urge Mayor Briley to heed the words of political writer and theorist Jane Jacobs: “The trouble with paternalists is that they want to make impossibly profound changes, and they choose impossibly superficial means for doing so.”

The Nashville school board has come together around a proposed budget that is reflective of what the district needs. Teachers have embraced this budget and along with parents, have advocated for its approval through the Red4Ed movement. You might have seen them around the city in the morning in front of schools.

Now is the time for the mayor to stop the posing and do what is best for Nashville kids and teachers: approve the proposed 2019-2020 schools budget.