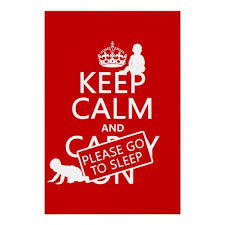 I love my children dearly but I am no fan of bedtime. Things at your house may be a little different, but at my house, it’s like standing behind a jet plane. The kids are going a million miles a minute. Questions are flying. Toys are sprawled everywhere. The noise is deafening. I’m alternately crying, begging, and yes, yelling, “Brush your teeth,” “Put your pajama’s on,” and “Get over here and listen to this book.”

All the while the kids are working off a different agenda. They realize that the day is coming to an end, and they’re not ready to let it go. It’s been a good day, and they want to milk it for everything they can. So they are fighting and talking and trying to create enough energy to delay the inevitable. Finally, though, the kids are settled into bed and the day comes to an end, and preparations begin for tomorrow. It was always a forgone conclusion that they would end up asleep at some point and the day would finally come to an end and that their protestations were pointless.

In my mind, that’s where we are with the reform movement in education right now. The day is coming to an end, and like my children, reformsters are kicking and screaming and making as much noise as they can to try and delay the inevitable. We have reached a point, that the reform movement was once engaged in battle against the status quo has become the status quo. As Nietzsche said, “Battle not with monsters lest ye become a monster; and if you gaze into the abyss the abyss gazes into you.”  I certainly don’t consider myself and other like-minded individuals monsters, but man have we been demonized by the reform movement, and now the abyss is gazing right back at them.

The reform movement has been in action long enough that we have a body of evidence to examine. It’s a body of evidence spanning some twenty-plus years, and it looks a whole lot like the status quo. Teach For America has been around since 1991, but as Gary Rubenstein points out, it has become this big blob with no real sense of direction or ability to evolve. A recent in-depth study on charters illustrates, that they have more in common with traditional schools than they’d like to admit. A look at voucher data debunks their value pretty, quickly and don’t get me started on achievement districts as blogger Crazy Crawfish points out, they are their own monstrosity.

When confronted with all this evidence, you would think reformers would start looking forward for new solutions and cast off the ones that have been proven ineffective. That would be the wrong assumption. In fact, it’s just the opposite: they double down in defense of the status quo. They accuse education experts of not believing in children of color.  They beg for more time. They create focus groups to study things we already know. They pretty much do everything that they’ve accused public education advocates of doing for years. Hello, kettle? This is pot, and guess what, you are black.

Meanwhile, there is a growing wave of public school advocates who are looking at ways to actually lead us down the paths of innovation. They are studying community schools. Others are looking at successful models from Columbia and Finland. There is a growing focus on education for the whole child instead of an overwhelming focus on the measurable (i.e. reading and math). These are all areas that research has shown to have the potential to be truly reformative. These are the subjects that should be making headlines.

Yet, the reformers still try to engage in muddying up the waters to buy more time for their agenda. Sometimes to the point that they ask you to ignore common sense. Charter operators continue to argue against the depletion of resources, even though its obvious that if I have one pile of money, each time I divide it, each portion is going to get smaller. Apparently not in the reform world. There, everybody continues to get all the resources they need and the portions remain the same – even if this isn’t realistic when it comes to actual  school budgeting, they’ll continue to make the argument.

These are the kind of ludicrous conversations that continue to eat up our time and focus. How many studies to we have to present or debunk in order to show the unsustainable practices of charter schools before it sinks in that they are not the panacea they’re made out to be? How many times must we slap the hands of a Achievement District for jockeying numbers before they accept the truth that it’s just not working? How many times and in how many ways must it be shown that charter schools do not perform better than public schools? None of these are isolated events. They are repeated over and over and over and still the reformers fight to maintain the status quo processes. Just like my kids asking for five more minutes – please.

I’ll be honest. I’m a little bit weary of these conversations. There are few things I enjoy more than a good philosophical discussion, but when the other party continues to ignore empirical evidence, it just becomes tiresome and makes it hard to take them serious. I long to move on to something a bit more meaningful. Truth is, I long for the day when I no longer feel compelled to write this blog because we are actually employing research backed best practices.

Reformers tend to further mimic my children in their desire to constantly be doing  something, seldom pausing to consider overall implications. It makes me think about what fellow blogger Rob Miller recently wrote, “The tendency to take action often leads to action without reason or research, which has the potential to cause more problems than it fixes.” Miller makes a compelling argument about slowing things down transferring our focus from the individual and onto the whole.

The reform movement is afraid of rest though, they like to keep things in perpetual motion. They often declare a state of emergency and that “we can’t afford to waste a single second.” But are we really being effective if we are just in motion for motions sake? We have to resist the urge to get caught up in the noise and cling to failed practices just to give the illusion that we are “doing something.” Let’s not just do something. Let’s do something effective.

I have to guard myself against getting too caught up in my children’s energy level and their desire to prolong their bed time, because when I do, the process just gets lengthier. Conversations about whether Spiderman could beat up Hulk, much like conversations about charter schools vs public schools, do nothing but prolong the inevitable. Giving in to their demands for extra snacks, longer stories or another glass of water just means they’ll be getting to sleep a little later, but they are still going to sleep. The same holds true in reference to TFA, more time for achievement school districts or vouchers. All the protestations and whining isn’t going to change the fact that the day is coming to an end.

Its time for education reformers to truly grasp the title and close out this day and help make tomorrow better. Across the country, the voices of parents, teachers, and community member are being heard. They are ready for tomorrow to come, a bright sunrise on a new day with less testing, restored funding to arts, music, and PE, fewer charter schools, and happier kids with restored time to build character rooted in the innocence and simple pleasure of a joyous childhood. It’s past time to stop protecting the status quo and let the day come to a close. As Adlai E. Stevenson once said “Change is inevitable. Change for the better is a full-time job.”