Home › Uncategorized › THE KIDS ARE ALL RIGHT

THE KIDS ARE ALL RIGHT 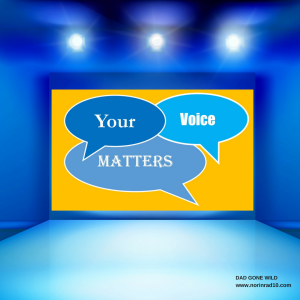 This week closed a little better than it started. For as much as we deride social media, it certainly has its benefits. On Wednesday, a young lady who had seen my Facebook post was out walking her dogs and spotted our missing vehicle. She contacted us. The miracles continued when we were able to reclaim the car and discovered it was undamaged. Words cannot express our gratitude to the young lady who found our car. Christmas is looking a whole lot brighter.

Earlier in the week, Oliver Middle School principal Dr. Steve Sheaffer sent me an invitation to come see the school’s performance of The Little Mermaid. Since my eldest will be transitioning to Oliver after next year, I decided to take him up on his offer and bring the kids along for a morning performance that was being presented to 4th graders from Granbery ES. One thing MNPS has been doing better this year is promoting the pathways from elementary to middle to high school within existing clusters. Schools in a cluster interact more with each other than they have in the past, therefore giving a clearer picture to students and families of what their educational pathway may look like. I applaud this initiative and hope that it is maintained in the future.

Upon entering Oliver Middle School, I was reminded of a conversation I heard on a sports talk show. The two hosts were debating which ball players should be voted in to the Hall of Fame. One host argued that if you have to argue the merits of a candidate, then they don’t belong in the Hall of Fame. A true Hall of Fame member is someone you can look at and recognize as a Hall of Famer without having to debate their stats. I would argue that you could apply this rule to the evaluating of schools as well.

There is something that hits you immediately upon entry into a good school. It’s something in the air. It’s the way you are greeted in the office. It’s the way the halls are decorated. It’s the way teachers interact among themselves and with students. There are a million elements that go into it, but the feeling is tangible, and you don’t need to start closely evaluating instruction or dissecting data to realize that you are in a good school. Oliver MS qualifies as one of those schools.

We were greeted warmly. As we walked the halls, we saw pictures of students, instead of data charts or stock displays, decorating the walls. The pictures sent a message of what was valued at Oliver Middle School, and while achievement is certainly important, nothing superseded people. This was further evident in the manner that people interacted with each other. It’s clear that Oliver is a place where things run in an orderly fashion, but children are still allowed to be children. Care and respect are evident everywhere you look in the building. The bathrooms, while not sparkling, were even clean.

As a side note, I come from the restaurant/bar business, and it was always drilled into my head that bathrooms are where a facility separates itself from the competition. You want to demonstrate that you care about detail? Keep the bathrooms clean, as they are an area easily overlooked. It’s a view I still subscribe to.

You can’t talk about Oliver without talking about its music program. I knew that the band was a big part of their identity, but I had no idea that the school actually housed 4 bands with over 400 students participating. That’s impressive by any measure.

The play itself was spectacular. I must admit that as a former theater major, I tend to watch the lesser parts more closely. It’s relatively easy to take a few talented kids, put them out front in the leads, and impress an audience. But the true measure comes in what the rest of the cast is doing. There were truly no small parts in Oliver’s production of The Little Mermaid. I was continually impressed by cast members who remained in character and played up their role even while far removed from the action. It was really really really impressive. The leads themselves were also quite good. My daughter liked the seagulls, my son liked Sebastian, while I was partial to the eels.

It was a wonderful morning and left both of my children anticipating their future transition to Oliver Middle School. This is no small feat, as they are true-to-the-heart Tusculum ES kids and would stay there forever if they could. Tusculum teachers have set the bar high, but it looks like Oliver’s teachers will be ready to take the baton when it comes time to be passed. Every child should have access to a school like Oliver Middle. Thank you all.

Once Christmas has passed and the calendar has turned to January, it will be time to begin a new legislative session, and in what has become an annual tradition, yet another conversation about vouchers. I’ve lost track of how many years this battle has been raging, but every year has ended in defeat for the promoters of school vouchers and I’m hoping this year will prove no different.

In case you don’t know what school vouchers are, let me supply a definition. School vouchers are tax-funded government monies awarded to students so they can attend a school of their choice. Sounds great, huh? And they might be, except for the fact that these monies never fully cover tuition, books, meals, transportation, or social fees, and they shift needed funding away from schools. I know, it’s the little things.

This year was expected to be a slam dunk for vouchers because of President Trump and his Secretary of Education Betsy Devos’ expressed support of the idea. But I’m not so sure it will be. Some things have started to shift that I believe will have an impact on the pending conversation.

Just this week in Colorado, the Douglas County School board voted to end its private school voucher plan and the long running legal fight connected to it. The vote was 6-0. The board’s action is considered a blow to conservative education reform advocates and voucher supporters in Colorado and across the country. They were looking for the Supreme Court to use this case to set precedent and now they’ll have to look elsewhere.

The Huffington Post released their study on vouchers this week, and in analyzing voucher schools across the country, they discovered that those schools can teach whatever they want, including religion:

Our analysis found that about 75 percent of voucher schools across the country are religious ― usually Christian or Catholic, with about 2 percent identifying as Jewish and 1 percent identifying as Muslim. There were gray areas: At least six schools identified as non-religious but used a curriculum created by the founder of the Church of Scientology, L. Ron Hubbard.

I encourage you to read the whole study. The bottom line is, the more we know about vouchers, the less we like them. Something tells me that this year’s outcome on voucher legislation in Tennessee is going to mirror previous years.

This trip around the sun has certainly been a weird one. For years, parents had to fight for adequate facilities for Tusculum ES students. Now that they finally have a new school, the district is using it to tout their vision for the future and clap themselves on the back for being visionary. I have a couple of words I’d like to say, but I’ll try to remember that any sun shining on Tusculum ES is good. So I’ll just smile and nod.

One MNPS administrator on administrative leave has returned to work, while another has resigned. Executive Officer for STEAM Bob Blankenship quietly returned back to work yesterday. Executive Director of Organizational Development Mo Carrasco has resigned amid allegations of sexual harassment. According to a report on News Channel 5, Carrasco maintains his innocence. “What I don’t want to do is leave here with my name…,” he said, breaking into tears. “I didn’t come here to dirty my name. These allegations are false.” Channel 5 has a full interview with Carrasco that they’ll be airing all next week. I would call that must-see-TV.

It was with a heavy heart that I received the news about the tragic death of a 17-year-old Hillsboro High School student. Ja’Dontae Lamont Hancock Jr. enrolled at Hillsboro this fall and previously attended East Nashville Magnet School. He planned to join Hillsboro’s DECA chapter and baseball team. Teachers said he had model behavior and was an aspiring leader. This is a tragic case of senseless violence that should sadden all of us in the MNPS family. Our deepest sympathy is extended to the family during their time of grief. A GoFundMe account has been started for Ja’Dontae’s funeral expenses.

This week Cresswell Arts dance students got a master class in dance from the Janet Jackson dancers. How cool is that?

Time now for a couple questions. Let’s see what I can come up with.

The first question is a revisit to the governor’s race. Let’s take a look and see if anything has changed for any of you.

The second question is about the upcoming Chamber of Commerce’s MNPS report card. It’ll be released on Tuesday morning, and I’m interested in how much credence you’ll give it.

My last question is about the just announced dates of the MNPS School Choice Festival. This year, the event takes place earlier in the year and the timeline has been condensed. Do you like it or not?

That’s it for now. If you need to contact me, you can do so at Norinrad10@yahoo.com. I try to promote as many of the things sent to me as possible, but I do apologize if I fall short. I have started using Patreon. If you think what I do has monetary value, you can go there and make a donation/pledge. Trust me, I know I ain’t going to get rich, but at the end of the day I’m just a Dad trying to get by. Check out the Dad Gone Wild Facebook page as well.