Home › Uncategorized › FROM THE COMMENTS TO THE FRONT PAGE

FROM THE COMMENTS TO THE FRONT PAGE 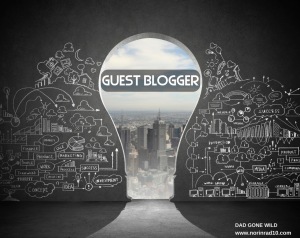 One of the factors that motivates me to continue this blog is that it has become a voice for Nashville’s professional educators. They say that those who can’t, teach. I say those who can’t, start blogs and hope that teachers and other educators will sometimes share their thoughts. At times, those thoughts get shared through guest blog posts and sometimes via comments on a particular blog post.

This weekend, a comment came in that I felt was too authentic, and too important, to be relegated to just comment status. I don’t know who wrote the comment, and frankly it doesn’t matter, but it obviously comes from someone who knows from whence they speak. Yesterday I read the comment to several local educators, and they all nodded, shrugged, and said, “Pretty spot on.”

At some point, we are going to have to wake up and speak up. Tomorrow, I’ll talk more about the pending visit to Nashville of Betsy DeVos, but if somebody doesn’t make drastic changes to MNPS policy soon, it won’t matter if the public education system in Nashville is privatized or not. We currently have a literacy policy that is neither rooted in best practice nor developmentally appropriate. We have policies that make teacher recruitment and retention an impossible job. We are on a course that threatens to set Nashville’s education system back 10 years. But those are my words, and today I want to focus on a Nashville educator’s words.

The situation at Antioch HS seems to be emblematic of the problems throughout MNPS, and it is proof that the continued free pass that Dr. Joseph and Co. are receiving is ruining our school district. They continue to hire and/or put into the “pipeline” people who have absolutely zero business leading a school, and the idea that the community has any real say in the selection of Principals is laughable. School level issues are just the tip of the iceberg, because at the district level, those that are in charge are making decisions that are completely detrimental to student and teacher success.

Let me say this about a large majority of the teachers that I know in Nashville: They genuinely care about the students and families in MNPS, and they work each day to serve their interests. They don’t do things because they are easy or because they garner attention. They don’t want to be involved in political back and forth. They just want to be able to do their jobs.

For a teacher who works at a school with a pretty good representation of our district, from both a demographic and a socioeconomic standpoint, this is the environment that is being created by the current administration:

Teachers are diligently meeting to plan, but they are struggling with the new Scope and Sequence. The texts that they’re told to use as anchor texts are creating several big issues: they don’t all have them, and they aren’t always appropriate or engaging for their students. They also don’t always adequately cover the state standards laid out for that period of time. Teachers at other schools are being told that they aren’t a mandate, but for others they are – this is very confusing. This week, the Anchor and “Suggested” texts for the third quarter were released, and in one grade level where they are learning about seasons, two of the suggested texts are about autumn (and yes, the third quarter begins in January). The IFL (Institute for Learning) units are ridiculously scripted, and they are most definitely not what’s best for students. For 3rd and 4th grade, there are no pictures in the text. For second grade, there is one picture in the text on the first page. I’ve been told that one of the texts for second grade was originally written for students in fourth grade. The activities that are designed around them are not conducive to student engagement, and while focusing on writing in and of itself is a great idea, this particular “program” has little to no value. They are also using a phonics program that is based on whole group teaching, even though their students’ abilities in that area differ wildly. In short, the methods and programming being used by the district go against everything that has ever been taught about teaching reading to children, both from a research and a practical perspective.

Their idea of “rigor” is not only ineffective, but it’s an insult to teachers throughout the district, because it presumes that they all have low expectations for their students. Why would you give a student at a second grade level something at a fourth grade level just to prove a point? Using difficult texts for certain things is great (Read Alouds, etc..), but when the text that is being used for the core instruction (Shared Reading) is not meeting students where they are in any way whatsoever, what point is it proving? To me, it only illustrates what happens when you put people in charge who have made a career out of being consultants. Over the next couple of years, I think that those both inside and outside the school district will begin to see one thing: their current framework is succeeding only in driving effective teachers and leaders away. By the time people in power decide to really speak up, it’s going to be too late.

And when it comes to literacy, everyone is tired of hearing people talk out of both sides of their mouth. You can’t downplay test results when talking about how they didn’t go up during your first year as a district team, but then use those same results as a way to make it sound as though our education system is the only element of society responsible for the welfare of our children. I am tired of hearing about how only 1 in 3 children read on grade level, when that information is based on a single test. It is at least worth asking, once and for all, what these tests are telling us about students’ true abilities? If I have a student in my class who is – by every other measure – either at grade level or approaching grade level, am I still doing him/her a disservice by not ensuring that he/she performs as proficient on the test? I know that’s as much a state issue as anything else, but again, to hear our leadership selectively reference it when it supports their political platitudes is ridiculous.

Teachers are taking the panorama survey, but based on most experiences, the survey results from the spring have never been discussed. And based on my conversations with other teachers, they couldn’t have been very good. The only changes made at my school over the summer have actually made things worse, and the suggestions made by the staff as a whole were completely ignored. Teachers are leaving in droves, either to other counties or to schools that apparently have less drama. Because of the unicorn-like nature of those schools, each opening they have draws hundreds of applicants, which obviously doesn’t bode well for those who would like to remain in MNPS.

Discipline continues to be an issue, and while most teachers I know agree that suspension is not always going to be an appropriate response, they all agree that a response of some sort is necessary. Students act in ways that endanger themselves and other students, and even after every intervention, motivator, and clear show of compassion is implemented, those students are still not given a real consequence for their actions. This can make for awkward conversation with concerned parents, but there don’t seem to be any district pointers for that.

All this comes as people like Mo Carrasco drive to schools in BMWs with the Maryland plates still attached, and our school board members only tacitly admit that there may be some issues with leadership. Is there a tipping point? What happens when they can’t hide behind the idea that there is only a year’s worth of data around their practices? Will they be packing up to go on to the next district by then? As I’ve said before when I’ve commented here, the old guard was not the best, but at least they still gave school leaders and teachers some discretion when it came to instruction. Now teachers are not only being judged based on their results, they’re not even given a real option as to how they will go about getting those results.

To whomever wrote this, thank you. I appreciate all of your hard work and insight. See y’all tomorrow.