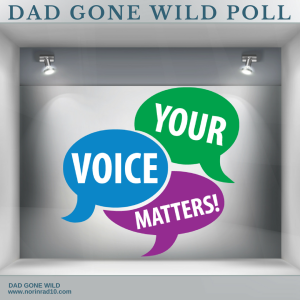 Just wanted to drop a few quick thoughts on this week’s poll. These are my observations and probably debatable, but it’s my blog so I get to make them. Feel free to add your own in the comments section.

That’s the reflections on this weeks poll. We’ll have a whole another set come Friday. So be safe out there and make sure you keep checking in with Dad Gone Wild.