Home › Uncategorized › What are TNReady Results Going to Count For?

What are TNReady Results Going to Count For? 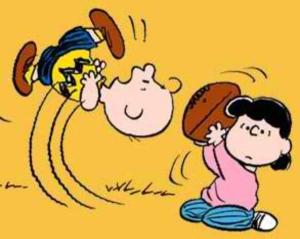 The TNReady situation really is a complete and utter fiasco. Others have done a much better job than I could do at detailing just how far off the rails it has gone. Still, every day I hear a new story. Momma Bears, a blog created by parents in Tennessee, spilled some more beans recently. This time from teachers on the front lines. I don’t understand how a parent can read these accounts and not have their head explode.

The latest that I’ve heard personally was that students had calculators to use on the test, but they weren’t versed in how to use them, making them less effective. Why should anybody be surprised by this, though? After all, they’d been practicing on computers for the last nine months and the computers are programmed to have a calculator pop up onscreen when needed. On its own, this may not seem very serious, but taken together with everything else, it’s just one more unforeseen consequence. It’s almost to the point that my eyes just glaze over when I hear these stories, and I start wondering, what is this all going to end up meaning? And that’s the real question we should be asking.

Standardized testing was originally implemented as an easy way to test large numbers of students quickly. No Child Left Behind came along in 2001 and latched on to these tests as a means to not only rate students but also teachers and schools. We have become more and more attached since, despite a plethora of issues that have arisen. We are now like addicts, constantly needing the next fix, all the while ignoring what the high is doing to our overall health.

As often happens with addicts, they become so enamored with the drug that they completely lose sight of why they began using in the first place. And we’ve decided that supply is more important than quality. So our addiction becomes an endless chase to procure more supply and justify its usage. In our case, “it” became data and a desire to see how kids were performing. It has quickly spun out of control , and in the case of Tennessee, it has led to us currently conducting tests that we have absolutely no idea how we’ll use the results or what they’ll be worth.

I think that point alone needs to be dwelled upon. We are in the midst of forcing children to submit to tests to create data that we really have no idea about how it’s going to be used. The Tennessee Department of Education has released some guidelines, but if they are clear to you, then you are certainly more astute than I am. How have we even gotten to this point? Why has an adult not shown up in the room and declared that the tail is now wagging the dog.? Where are our state legislators on this? I can understand stonewalling parents – we do that all the time – but shouldn’t you have to answer to our elected officials?

The state says that scores will not be counted towards teachers TVASS scores, well, unless they benefit them. Since the results are automatically applied one way or the other, why do I get the feeling that amazingly these results will benefit the majority of teachers? I fail to grasp how they possibly have any value though. If you are applying the results to some teachers but not others, how are we going to establish any kind of baseline? Will the scores be not counted against teachers this year but utilized as part of a baseline in the future? Who knows?

It boggles my mind that we are going to take a measurement that people don’t even understand to begin with, add a mysterious number, and then inform people whether it benefits them or not. Children and teachers worked hard for these numbers. They are not random numbers at a bingo parlor to be juggled to produce winners. I dare you to try and explain this to people without them scratching their heads, not to mention how does an evaluation serve as a benefit if it only recognizes positive attributes?  It completely escapes me how these numbers will have any value at all. Name me one thing we measure where we only include results that favor what we are measuring.

The Tennessee Department of Education says that if, at any point in this three-year transition to TNReady, an educator’s evaluation would not benefit by including the student growth data from the 2015-16 test, educators will have that data excluded. Ok, but how is the state going to differentiate between who is choosing to use this data (it it’s beneficial to them) and who is choosing not to use this data (if it’s not beneficial to them)? Or do teachers even get a choice. If I were a teacher, I would probably tell all my kids to tank the test, ensuring that results got thrown out. I know that breaks all kinds of ethical rules, but I’ll be honest with you, I find giving a test without a clear plan of how to utilize its results after they come in to be unethical. So what’s the difference? Don’t the actual test takers deserve to know the truth here?

Before we get too far down the rabbit hole, let’s put the brakes on. Truth is, we are getting ahead of ourselves a bit, because this whole conversation is all hypothetical. Currently, the actual legislation to allow tests not to count for educators does not exist. That’s right, we are just in the talking stages. It passed through committee today, but it still needs to be scheduled for a floor vote in both the Senate and the House and who knows what it’ll look like after that.

Teachers, I’d like you to think back to last year’s proposed teacher’s salary increases. Now go look at your pay stub. Not exactly how it all worked out, is it? So they can talk about these results not counting all they want, but I personally would not believe tests won’t count until I saw it in writing with a signature on it. It’s kind of like a blackmailer who has naked pictures of you but promises that he’s not going to use them. I am not going to believe til I see them destroyed. We’ve played the shell game before and once again, we are giving teachers a task without a clear objective.

If you were to conduct a scientific experiment, you would start with a control group and you would have an experimental group. In your control group, you would control the variables while you applied a few to your experimental group. Then you would compare the data, allowing you to come to some conclusions. Since this is the first year of TNReady, its results could be considered the control group, except we haven’t controlled anything. We have no idea if these results represent actual learning or can be attributed to the method of testing, multiple delays in the testing schedule, daylight savings time, or whatever, due to the unreliable process.

Like I said earlier, others have done a better job of listing the screw ups with TNReady, but there have been a bunch. Meaning your aforementioned control group ain’t so controlled. To put it bluntly, it means that all your data going forward will continue to be corrupted. Imagine if a kid brought a project to the local science fair with a control group that was so corrupted. He would immediately be disqualified. Again, we preach accountability to children but fail to hold ourselves accountable at the same level.

Let’s talk about our kids for a minute as well. I know we prefer to talk at them, but I think they’ve had about enough of that. In Boston recently, more than 1000 students walked out to protest education policies. In St. Cloud, Minnesota, officials have spent the last year changing policies after a group of mostly Somali students staged a walkout. Right here in Tennessee, a school in Chattanooga has reported that 41% of their students have chosen to opt out of TNReady. I suspect that this is a sign of a growing trend, and we can either start to listen now or later, but I don’t think today’s students will allow us to ignore them. We can’t continue to turn a deaf ear to the effects of our policies on our children and expect them to just follow blindly.

If you don’t like what I’m saying about why we need to scrap TNReady this year, just listen to the Tennessee Department of Education’s response to proposed legislation to use ACT scores to measure student performance in place of TNReady tests. “For our accountability and evaluation system, we would need comparability across the state and the only way to do that is have students taking the same assessment,” said Elizabeth Fiveash, director of legislative of affairs for the state department of education. With tests changed from an online version to a more traditional pencil and paper version, with some students having calculators and some not, with multiple testing schedules changed and then changed again, with the effects of daylight savings time during testing, and on and on… does anybody believe that students are all taking the same assessment as it is? Seems to me that they are making the argument for scrapping the test themselves.

Lest you think I’m just one of those defenders-of-the-status-quo hippies, trying to get rid of all testing, listen to what one of the leading voices in the Tennessee education reform movement, Ravi Gupta, has to say: “We respectfully ask the state to go back to the drawing board and come back next year with a test and a process worthy of our kids.” It cannot get any clearer than that when you have a leader in the opposite camp than the one I’m in saying the same thing I am. It shows that the call to get it right is coming from all fronts, and therefore shouldn’t be ignored.

Tennessee Commissioner of Education Candice McQueen recently called for evaluation flexibility for teacher, and I appreciate that. But right now, this call feels a whole lot like when charter schools call for collaboration, which translates into do what I say and everything will be all right. The only people I can see benefitting from this proposed flexibility is the TNDOE and Measurement, Inc.

My favorite quote in the TNDOE FAQ on assessment is this one:

I guess that about sums up our philosophy on testing this year. We are going to do about as well as we can. Unfortunately, “about as well” has never been the standard applied nor should it ever be. Just like we tell our children, if you can’t do as well or better, than we need to fix it. It’s always easier to fix things in the beginning than it is to wait until things are completely out of control.

Last year Nevada, Montana, and North Dakota were all beset with computer problems that led to them canceling tests. The Federal Government did not penalize them. It may have taken some willpower and the willingness to spend a little in order to get it right, but there is now precedent for canceling the tests. In my opinion we’ve got grounds to follow their lead and should definitely do so. It is time for leaders to lead and not wait until things are broken beyond repair before we fix them. Let’s do this now.