Home › Uncategorized › Just Do The Gig

Just Do The Gig 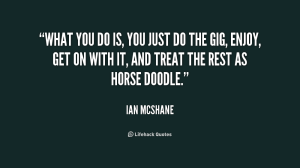 There seems to be a little confusion about the role of an elected school board in Nashville these days. I think there is enough confusion to warrant a conversation. So let’s start by looking at the prescribed duties of the board. Notice this one: The Board shall appoint and evaluate the performance of a director of schools to administer the district. Tenn. Code Ann. § 49-2-203(14); Tenn.Code Ann. § 49-2-301. So, if that is the job of the board, then why do we have an un-elected “task force” out conducting a highly-publicized search for the next director of schools? Who decided this was necessary and who vetted the representatives appointed?

To give a little history, last year Nashville conducted a search for a director that turned into a fiasco largely due to the ineptitude of the board chair and the search firm hired to conduct the search. It was an unfortunate situation that left egg on a lot of people’s faces, but it also provided a teachable moment. One that it appears we’ve chosen to ignore, and instead, it seems we’ve decided to double down on going down the wrong path by empowering the Nashville Public Education Foundation to lead a task force to identify the next director of schools.

The Nashville Public Education Foundation is another in a long line of public foundations with lofty goals: We believe every child in Nashville should have access to a great public education that prepares them fully for college, work and life. We do that through raising and managing funds, making strategic investments and bringing the community together behind efforts to accelerate progress. They are also the people behind Project RESET. Take a look at their board. See any professional educators? I know that’s not important. It’s the intention right? All one has to do to be qualified is to be well intentioned? Teach for America, Chiefs of Change, Charter Operators…all well intentioned. But are they qualified?

I find it extremely interesting that at a time when Nashville is making real strides in improving the educational outcomes for its children, we are asking the head of an organization that calls for a reset to head up the search for a new director. At a time when MNPS is proposing an innovative plan for its large English Learner population, the leader of this task force thinks we need to reset. It made me scratch my head so much that I had to recheck the definition of reset.  According to the Merriam-Webster dictionary, it means to move (something) back to an original place or position. So with test scores up, discipline and attendance problems down, our academies getting national attention, the person heading up our search believes we need to go back to an original place or position?

Every four years in this country, we elect a president. For many people, a major criterion of who they are going to elect is who that candidate might appoint to the Supreme Court. People choose to vote for that candidate based on the belief he or she will appoint a Justice who reflects their beliefs. I’d argue the same holds true here with the school board. I voted for my board representative based on the fact that he could be trusted to appoint a director who would lead the district in a direction that I believe in. I did not elect him to hand off the job to 17 people who I have no influence on or ability to hold accountable.

We argue often that charter schools are not public schools because they are not accountable to an elected board. They appoint boards and directors without being accountable to the communities they serve. How is charging a 17-person task force, based on criteria that the public had no input on and led by an individual they didn’t have input in choosing, to recommend a leader any different? If you’d argue that this comes from the mayor, who is duly elected, then I would argue that its a back room way to mayoral control and something this mayor campaigned against.

This task force gives off the appearance of creating a transparent process. I’d argue the opposite is true, though. One of the things that board director Sharon Gentry has lamented about is the state of Tennessee’s public records laws and how it makes the search so much more difficult. I’m not a lawyer, but I would argue that this task force won’t be subject to those laws. So I won’t be able to file a public records request and have clarity on how they arrived at their recommendation. Task force leadership has already said, “The group will need to do its homework, Hunt said during the meeting. And it also will need to have many small group conversations apart from its three planned meetings if the committee hopes to put together a profile of a new schools chief for the school board, she said.” The school board would not have that option. All their conversations would have to be out in open and a matter of public record.

Which leads me to another argument. I believe in democracy. That means every voice gets heard, not just the ones I’m simpatico with. How were the member organizations of this task force chosen? Where is, say, Stand for Children’s representation? Teach for America? Tennesseans for Student Success? To be clear, I disagree with these organizations 100% and could live the rest of my life without hearing their talking points, but their mission statements don’t sound that different from NPEF, and if this is a true democracy, they probably deserve a seat at the table. Maybe there are even more organizations out there who should be included as well. See, the thing is, if you start down the path of exclusion, eventually the roles will be reversed, and yours will be the voice excluded.

Looking over the list, I noticed some other glaring omissions. Where is the classroom teacher voice? Some will point to the inclusion of the teachers association, but is that truly sufficient? There is an administrator, and for that I’m grateful, but once again this is like trying to run a restaurant without talking to the waiters. How is this exclusion going to make teachers feel like theirs is the valued voice it should be? In my opinion, classroom teachers should make up at least a third of this task force.

Nashville is home to the largest Kurdish population in the United States. Where is their representation? The African-American community and Latino communities both have representation, so why not the Kurdish? Let’s expand it out further. One of the most pressing challenges of Metro Nashville Public Schools is the large number of refugee children coming to the district – where is their representation? Why is Catholic Charities not represented? The new director really should have some skills in realm of educating English Learners, who better to assess those skills then the people who serve our EL families daily?

I know, if we included everybody, then the task force would become unwieldy. Funny though, we’ve already come up with a solution for that. It’s called having an elected board. Members of the task force will undoubtedly say that they are open to input from the community and encourage people to give that input. The problem is, I didn’t vote for them to hear my concerns, and if they don’t listen, I have no recourse. With my school board, I can change my vote the next time they come up for election.

Now let’s play this movie forward a bit. Let’s say this task force somehow manages to take all these disparate voices and recommends a candidate for the director of school position. After all this publicity, the elected school board will be hard pressed not to approve and hire that person. The people on the task force will then become recognized as the people who recruited and hired the new director. Am I supposed to believe for one minute that they will not use this clout to further influence education policy? This quote from the Tennessean article leads me to believe differently: “On Friday, the group also will discuss a few points from the foundation’s Project RESET report, which looked at the educational hurdles facing Nashville and how to build strategies to better public schools.”

I thought this task force was empowered to identify a candidate for the director of schools, not to look at strategies for building “better public schools.” Again, that’s a job I elected my school board member for. And again, if I’m building strategies, shouldn’t I have a lot more classroom teachers sitting on the task force, or is this going to turn out to be more of the top down management that has proven ineffective over the years? Studies show repeatedly the importance of teachers in creating good schools, so why are we excluding them from the process?

Let’s look at who was included on the task force. Not to pick on anyone, and I’m sure he’s a wonderful man, but what on earth qualifies Bill Carpenter, Chairman and CEO of LifePoint Health, to be on the task force? I’m sure he’s a great guy with the best intentions, but then again, so am I. How about the leader of the task force, Shannon Hunt? Ah, she’s a member of a family of teachers and a public school parent. Hey, so am I! What about Rich Riebeling, Chief Operating Officer of Mayor Barry’s office? I once sat in a community meeting on development chaired by Mr. Riebeling, and he certainly wasn’t very interested in public input. At one point in that meeting, he actually became hostile toward the community members who did not support his plans. So I ask again, what makes these people qualified for this task force? How were they chosen?

We could go on and on and list the credentials of everyone on this task force, but that would distract from my point. My point is that there is an elected body that has been vetted by the voters of Davidson County to fulfill the duty of selecting a director of schools. I have no issue with the school board employing outside counsel, but to abdicate their duty in such a public manner is objectionable. We need them to do their job.

I’m not sure who’s idea it was to create this task force or exactly why. I’d argue that school policy is one of those areas where there are already enough chefs in the kitchen. It’s ironic that board chair Gentry is on record reiterating that this a responsibility that rests with the board. As she states in a Tennessean article, “We can’t confuse community engagement with taking direction from the community,” she said. “Our elected responsibility is to take that input and use it to make decisions given the information they have.”

In the interest of transparency, I feel I should disclose that I have a great personal relationship with many of these board members, and I truly hope I don’t offend them, but this is too important a charge to not demand that they do the job that we elected them for and will hold them accountable for. There have been troubles with the search process and it has been difficult, but that is democracy. I have faith that in the end they are capable of finding and empowering the right individual if we trust in them and allow them to carry out the duty they were elected for. So, to the school board, just do the damn gig.