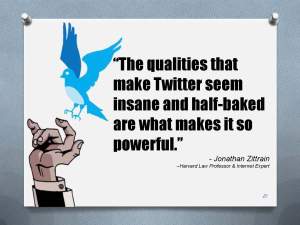 There was a period in my early thirties where I decided I just didn’t want to work that hard or regularly. This was a period of time where my addiction was heavily influencing my decision making, so that might have had something to do with it as well. Yes, it’s true, I wasn’t always college and career ready. Unfortunately for me, my lifestyle requirements demanded some cash flow, so to offset this need, I looked around for jobs that would provide the maximum cash flow with the minimum time commitment. Selling beer at the local arena for sporting events and concerts fit the bill perfectly.

I had my little beer stand, and people would come up and purchase either a Budweiser or a Miller Light, and the majority of the time there would be a little extra for me. It was easy work and usually only lasted a couple hours, which left me free to pursue my other interests. After a month of this, one of the other vendors approached me and asked, “Why is it that I walk away with about $30 a night, yet you make $100?” My response was, “Because you are just the beer guy, and I’m TC, the Penn State fan who loves music, books, and getting outdoors, and who also provides you with a desired beverage.”

He looked at me dumbfounded, so I proceeded to explain. When someone approached him for a beer, he would quickly and efficiently pour that beer and collect their money. He made no effort to personalize the transaction, and in the process, himself. He never became tangible. He was just another one of the guys selling beer, no different from any of the other guys selling beer. Since he wasn’t tangible, it made it easy for people to mentally justify not tipping him.

Now when you came to me for a beer, it was different. I might comment on a shirt you were wearing. Maybe I’d ask for the score of the game. Perhaps mention the size of the crowd or their level of enthusiasm. I would utilize the approximately 90 seconds the transaction took to make myself a real person. Then once that was established, every time you came back, I would build upon that foundation until soon it wasn’t just a transaction but a relationship.

It is easy to justify not tipping the beer guy; it’s not as easy stiffing TC. The point is, so many of our perceptions come down to relationships, but we have a tendency to neglect that aspect. It’s a real lesson for public schools to grab a hold of. It’s one that charter schools are very intimate with and have effectively utilized for years.

Why do you think every time there is pending legislation that would limit charter schools in some way, charter operators show up at Legislative Plaza with a bus full of smiling minority children? Why do you think they produce the slick pamphlets with lots of pictures touting their success? It is easy to pass laws that limit faceless charter schools when just looking at data. It is a whole different story if you have these beautiful children singing “God Bless the USA” in your head when considering that very same data.

I’ll be honest with you, I’m getting a little tired of arguing with charter proponents on their terms. They control the conversation by making the focus be all about numbers. One side argues that their numbers are better and everybody forgets those numbers represent real lives. The truth is, even when we win, I feel like I just climbed into a mud pit. Talking about policy that is supposed to be good for kids and communities (Noticed how I mentioned both? It was intentional.) shouldn’t make you feel like you need a shower after every discussion.

It is way past time to change the language and the focus and stop playing primarily defense. We need to stop focusing on fighting against things and shift to showing why our public schools are so vital. Study after study shows that even people who think the whole system is garbage still have a high opinion of their neighborhood school and its teachers. It’s because they know them and they are real entities, not just data points or a faceless building children disappear into. We need to make an effort to make these relationships even more three dimensional to the general public. Luckily, we already have schools engaged in this process.

A good example here in Nashville would be Eakin Elementary School. Their Twitter handle is @EakinPTO. They have masterfully utilized the social media platform to connect the school with the community. There are constant updates for play dates, fundraisers, unique programs, and even inspirational messages from the principal. The thing I like as well is that they don’t just focus on their school, but spread information about all the schools in their cluster. Parents start to get an idea about what their child’s whole academic trajectory is going to look like, and they get excited about it. The idea of middle school can cause a lot of apprehension with parents, so Eakin starts to clear that away by making the schools familiar and getting parent buy-in early.

Eakin serves a wealthier demographic, and some would argue that provides them a little more opportunity. So let’s look at another Nashville school as a counter to that, Maplewood High School (@Panthernation_1). Maplewood has struggled in the past, but over the last couple of years, under new leadership, that trend is reversing. A big part of that has to do with their utilization of social media coupled with good old fashioned community building. It is easier to get more resources when people are excited and feel a part of something. Recently, Maplewood unveiled a new program where students run a Firestone franchise at the school. I can’t help but think doors for this opportunity were opened because Firestone got excited about the perception of the school and saw firsthand the transformation taking place.

Driving these types of initiatives are the principals themselves, embracing the technology and the opportunity to sell what they are doing. Dr. Ryan Jackson (@RyanBJackson1), Dr. Ron Woodard (@Champion4Chldrn), Dr. Tim Drinkwine (@Drizzinkwine), Dr. Gary Hughes (@DrGaryHughes), Dr. Shuler Pelham (@PrincipalPelham), Dr. Sue Kessler (@KesslerDr), Dr. Jay Steele (@jaysun36), Alison McMahan (@principalmama), and others are all people in my Twitter feed, and I don’t know all of them personally, but I feel like I do. I feel their commitment and hard work, and I know the innovative things going on in their schools. It makes that whole “failing schools” and “supporters of the status quo” narrative awful hard to buy into when I see evidence daily of them putting children’s needs before adult needs. Their schools are interesting and exciting places to be, and I feel excited to be a part of them.

These principals tighten the bonds by being willing to engage as well. They are not just throwing out press releases to make people feel good, but rather showing themselves to be complete educators. For example, Dr. Ryan Jackson is a big proponent of blended learning. I’m a little more tepid in my embrace. We have conversations via Twitter on a regular basis, where not only do I get to hear his theories, but I feel as if he listens to my concerns. We are building a relationship. If I’m out in the community and somebody makes the claim that Maplewood is a failing school run by out-of-touch administrators, you can bet I’m going to be pushing back. This relationship and others like it give me a greater vested interest, and though my kids will never go to Maplewood, I will be cheering for that school’s successes.

Jackson isn’t the only one either. Dr. Woodard regularly sends me his blog and solicits input. Dr. Kessler points out resources for learning more about education research. Dr. Hughes exchanges policy ideas. Dr. Drinkwine shares inspirational readings. Some of these administrators are funny and some are a bit more serious. The point is, all are engaged and helping to paint our schools as interesting places to be. Not homes of drill and kill. Social media platforms, like Twitter, can be used to build relationships and make our schools more open to the public than they ever have been before.

Now I’m not advocating using virtual life to replace real life. You still have to have that, what retailers refer to as the bricks and mortar experience, but social media is a way to reach parents and community members who might have been previously resistant. It’s easy to throw an invitation to a school function in the trash if you don’t really know what’s going on in that school. Social media allows you to do the prep work to get people’s minds open and be receptive to the invitation so that real, face-to-face community building can begin.

Look at Williamson County and their love affair with their schools. A big part of that is their communications plan and the role of social media in it. Dr. Looney, the superintendent, has been known to tweet with students during snow days and throughout the year. As you can imagine, kids love this and it only ups his credibility. Last year, they rolled out a “Be Nice” campaign that engaged the whole community. Students wear t-shirts with the phrase, say the phrase to each other, and find other ways to incorporate it into their daily lives. Trust me, when you are in Williamson County and you hear “Be Nice,” you instantly think of the schools, and it evokes a good feeling. It gives the whole community a sense of ownership.

At a time when public education is under attack more than ever, these relationships are more vital than ever. It’s important that our schools take every opportunity possible to make themselves as tangible an entity as possible. Does this distract from the business of instructing and learning? I don’t think so. In fact, I think it will fuel even more innovation and success because we all like to share good words and good works. Seeing other people’s ideas in such an open setting can create inspiration, cooperation, and even some competition, and all of these can spur us further.

By my estimation, we spend about 90% of our time fighting the education reform movement while they spend 10% fighting back and 90% growing their market. Any business school graduate will tell you the best way to compete is by making your product more attractive. Do you think any parent would truly rather see their child in a no-excuses, drill-heavy classroom versus a school where children are learning lessons with real world applications in a variety of settings?

For too long, charter schools have won when it comes to reaching out to the public to tout their “successes,” and public schools need to take control of that. Building relationships with parents and community members in new ways will have big payoffs when it comes to building support. In a similar fashion to the way I got more tips, schools will see greater resources, which will lead to greater success. We win the battle for public education by making public schools more attractive.