Home › Uncategorized › A change in leadership is not a change in policy.

A change in leadership is not a change in policy. 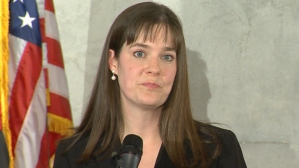 This week the edict went out. Tennessee has a new State Superintendent of Education. (http://www.tennessean.com/story/news/education/2014/12/17/sources-haslam-name-candice-mcqueen-new-education-commissioner/20535427/) Dr. Candice McQueen is the new boss and she’s being lauded as a former classroom teacher and someone who as overseen a high quality teacher preparation program. Its also being noted that she’s a strong proponent of the Common Core Standards. Its very fair to say that during her tenure, David Lipscomb has turned out some of the finest teachers in the country. People that were opposed to Huffman are welcoming this change and calling for everyone to greet this selection with open arms and give her a chance. At the same time the reform crowd is lauding the selection. Giving her time is all fair and well, except for a few red flags. You didn’t really expect me to be the come along go along guy did you?

The first red flag is the very timing itself. They just announced her selection and she takes office on January 20th. This is just shortly before the next legislative session. A session thats lining up to be pretty contentious. Bills have already been introduced to put an end to Common Core. Hey look at that, her specialty is Common Core. So if all give her some time and be open, say a couple months, that takes us right through this session. Hmmmm….nothing gets done and everything gets a little more entrenched.

I’m not trying to come off as a conspiracy nut, but that is standard operating procedure for the reform crowd. They love to play upon your reasonableness and get you talking. See reasonable people believe that while you are talking, both sides are suspending activities. Thats the trap. The reform crowd talks and builds at the same time. You don’t have to look any further then East Nashville to find evidence of that. While neighborhood groups were engaged in dialog about a KIPP take over and what it would look like, KIPP was meeting with the school district, hiring a principal and recruiting in the neighborhood. So guess what, they are now ready to implement their plan despite the fact that the community still hasn’t accepted it and the band plays on.

The next red flag is that I can’t find a single person that can tell me where she has taught, despite the fact that she’s being touted for her classroom experience. This may seem like a small deal but in the age of TFA and other teacher programs what counts as classroom experience has become a little fluid. The bio says five years elementary and middle, both private and public. Thats a little bit of movement. Now I get that it could have been public elementary and private middle, but still. I understand as well, that this kind of movement is par for someone in the beginnings of an admin career, still you would think that since she taught here in Nashville, somebody would be able to say, “I taught with her at XYZ and…” I’m afraid that might say as much about out teacher demographics as it does anything. Early retirement and the relentless pursuit of a younger teaching force may have thinned the ranks of her peers. (As a disclaimer the closest I have come to classroom experience is a couple summers as camp director for 6th graders a few years ago and vicariously through my wife and her family of educators. As well as the many teachers I call friends.)

This classroom experience needs to be taken in context with the very close relationship that Dr. McQueen has nurtured with Teach for America. TFA has served as the shock troops for every plank of the reform movements platform. They’ve helped increase achievement district and charter school proliferation. They are champions of Common Core. Merit pay, early retirement plans, lobbying to change the definition of “high quality teacher.” all advanced by TFA. Thats right, thanks to TFA and Senator Harkin, five weeks of training continues to qualify one as a “high quality teacher.” (http://www.washingtonpost.com/blogs/answer-sheet/wp/2013/10/16/the-debt-deals-gift-to-teach-for-america-yes-tfa/) That seems to run counter to the fine work at David Lipscomb. Why a highly respected teacher education school would get so cozy with a program that seems to undermine their commitment to quality has always baffled me. Since people’s deeds are always more important then their words, this relationship should be a big part of  the conversation in reference to the new superintendent.

Yesterday Dr McQueen released a letter to Tennessee teachers. (http://tnedreport.com/?p=1193). As you can see its filled with many of my favorite phrases. “We are on the right path” ,”Fastest rising state in country” ,”We have to do more”, “This is hard work.”, and my favorite, “I can commit to you that I will always put children first in making decisions about policy or practice.” That last one always sets my radar off. I thought that was kind of implied in the job description. Its like when people tell me how honest they are. I don’t need you to tell me if your honest or not, I can pretty much tell from your actions. Same goes for if you are really putting children first. You don’t have to tell me, I’ll be able to figure it out.

The truth is, we should not have any real expectations for an ally in the department of education as long as we continue to have the same state leadership. Remember this is a governor that has promised teacher raises and never delivered. He continues to support common core and is currently just playing politics with it. Right now the focus is on floating the idea that its just the name that bothers people not the actual standards. (http://www.tennessean.com/story/opinion/contributors/2014/12/19/politics-common-core-name/20559849/). In fact Governor Haslam has never once been critical of either Mr Huffman or his policies. Based on the evidence here is no reason to believe that his appointee will do any different. Since we are on the “right path”, right?

I’m not trying to be disparaging of Dr. McQueen, many have spoken highly of her, but based on current climate and some of the concerns I’ve brought up, there is plenty of cause for trepidation. It is in that light that my suggestion would be to continue on as we have over the last several years. There are very real policies that many feel are harming children in the state of Tennessee. There continues to be the potential for more legislation that will damage our public school sysytem. There fore we need to continue to fight against these policies and legislation. Now is not the time to give anyone a pass. We have been very successful by taking allies where we find them and focusing on the policies primarily and personalities secondarily. Personally I am thankful that Kevin Huffman is leaving, but if his policies are staying thats not a victory. Lest we forget, unless he’s loading up the car with all his minions, there’s still plenty of  near-do-wells to go around.

There has been much talk of setting up meetings and reaching out to Dr. McQueen and scheduling an audience. Pun intended. My question would be why? Again I don’t mean that disrespectfully but she’s been fully vetted by the governors allies way before this point. They have decided on an agenda and she may or may not share that with us. It doesn’t change the fact that we’ve got to change the minds of legislators and educate the public. We may want to introduce ourselves but based on the recent twitter followers several of us have picked up in the last several days, she knows who we are and what we stand for. Is meeting with, say Momma Bears, suddenly going to make her go, “Wow those mothers in Memphis really hate testing”. Is a conversation with BATS going to open her eyes to the misguided state evaluation of teachers policy? Or is it more likely to lead to the tossing of a few bones to slow the opposition down?

I don’t see anyone accepting those bones as enough, but its the political reality of how these things are played out. Its important to recognize the time factor as well. The leadership of SCORE, the Charter Incubator, TFA, Stand for Children, Students First, have all day to work and push their agenda. As for the rest of us, we all work other jobs, have families many with children and other charities we volunteer for. Time is a precious commodity. So if we can steal the time to schedule a meeting with five legislators that we may be able to convince of the situations urgency, versus one person that would still have to advocate, I opt for the legislators. Thats just me and others may see it differently and thats why they make Fords and Chevys. In my opinion the need to meet with Dr McQueen will come when the things she pushes start to mirror the things that are truly in the best interests of Tennessee children.

I’m not saying this with any hostility or attempt to hinder. I hope she turns out to be an amazing superintendent. I hope she reverses all the mis-guided policies of the last several years. I hope we find a long term ally. The truth though is, she’s got her job to do and we’ve got ours. It would be insulting to insinuate that she’s not as informed as we are. She is going to pursue her agenda just as we are going to pursue ours. We need to continue on with our work as reality presents itself. There is a change in leadership not a change in policy. If she wants to reach out to us and talk wonderful. If her actions lead her to become ally, even better. However, time is of the essence and now is not the time to take the foot off the peddle. Now is the time to identify which policies we want to target and to start to bring the troops together. Its time for us to do our job and wish Dr. McQueen the best of luck at hers.

Like Loading...
‹ Dear ASD, Its not the tone that’s the problem
What does College and Career readiness really mean? ›