If only Common Core really helped with critical thinking. 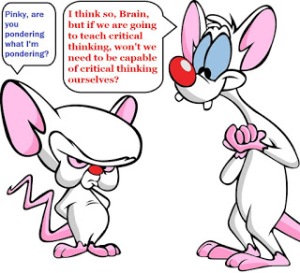 The last couple of years I’ve been doing a great deal of thinking about Common Core and Education Policy and I am at a conundrum. We seem to be pursuing a goal in a manner that reflects none of the qualities we desire to produce. I was raised that if you value honesty demonstrate honesty. If you value kindness, be kind. These are the truism’s that I try to live by and instill into my children. After all, modeling is still the most effective form of teaching.

When I apply this metric to our education policy there seems to be a disconnect. One of the big pillars of Common Core is that it increases kids ability to critically think. However if that’s the goal shouldn’t we as adults already be exhibiting that ability? Because truth be told, at this point I’m not seeing a whole lot of critical thinking involved in the current conversation on education reform. To my eyes its more like the colleague who shows up at a team meeting with a ready made plan and you either get on board or you’re not a team player.

Take a look at the Common Core discussion. I personally think Common Core is inappropriate for ages K-3 based on personal observations and studies done on how children learn. ( i.e http://www.washingtonpost.com/blogs/answer-sheet/post/how-ed-policy-is-hurting-early-childhood-education/2012/05/24/gJQAm0jZoU_blog.html). I make that argument and the rebutal I get is “lots of teachers are using it and that’s not a Common Core problem that’s a “teaching problem”.” (http://anhpe.org/2013/12/09/are-the-common-core-math-standards-developmentally-appropriate-for-kindergarteners-it-depends-as-always-on-whos-teaching/)

Where are the counter studies? Shouldn’t there be some evidence presented on a large scale that supports the position? Instead a broad statement is utilized followed with an incitement to fear. (http://www.nytimes.com/2014/04/11/nyregion/common-core-gets-strong-defense-from-state-education-chief.html?_r=0)  “If we don’t move forward our children will be ignorant.” “People don’t understand the standards.” There is not a single piece of research presented that contradicts my position.

When my children disagree with a decision I’ve made I ask that instead of crying and pouting they offer an explanation of why they believe my decision is wrong. Even at ages three and four they are capable of attempting a counter argument. Granted their defenses aren’t always the best, but if I expect them to attempt an explanation, shouldn’t I expect the same from policy leaders?

We as a family believe that you welcome challenges to your beliefs. Because if your beliefs are truly worth having they should be able to withstand challenge. That every challenge is an opportunity to further explore those beliefs. If they can not handle the scrutiny, perhaps they need to be modified. This doesn’t seem to hold true in the debate over educational policy. Instead of critical thinking supporters are demanding adherence. Unfortunately the more you demand adherence the more I question. 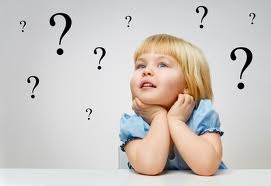 This phenomenon is not just transpiring with Common Core either. Take charter schools as another example. Almost every study conducted demonstrates that there are no transcendental differences between charter schools and traditional schools, yet the drum continues to beat. (http://nepc.colorado.edu/newsletter/2013/07/review-credo-2013) I ask, if someone wanted to sell you a car that sometimes ran a little better then your current vehicle at a cost 5 times greater, would you buy it or fix your current car? The counter argument?  Our schools are just incapable of serving the needs of our students and we need to try anything and everything.

Lets take a look at the voucher discussion. Again, not a single study demonstrates that vouchers offer any measurable improvement on a school system and plenty of studies that show the opposite. (http://publicpolicyforum.org/blog/enrollment-and-performance-choice-schools) I bring up the argument that most private schools will not accept vouchers, they won’t cover activity fee’s and books, and that recipients are at the mercy of transportation availability. The counter argument? Why do you want to trap children in a failing school?

We are on a roll now, so lets look at TFA. The majority of studies show slightly better results in math but lower results in English. (http://www.danagoldstein.net/dana_goldstein/2013/09/tfa-teachers-perform-well-in-a-new-study-but-teacher-experience-still-matters.html) I argue that the results aren’t enough to justify the $5k a year fee and that since most corps members only stay two years this creates a transient environment which is detrimental to students and undermines the profession. The counter argument? These are the best and the brightest and they care.

How about schools themselves? We always hear about how schools are failing and that non-reformers are just supporters of the status quo. So I point out the rise of project based learning (http://www.edutopia.org/pbl-research-learning-outcomes) and the creation of Academies(http://www.mdrc.org/project/career-academies-exploring-college-and-career-options-ecco#featured_content) as evidence of innovation taking place in our traditional schools. The counter argument? Urban school districts are just broke and there’s no fixing them.

We ignore the things that have proven to work and instead invest in Achievement districts that turn over traditional schools to charter schools that staff with TFA corps members. Where is the logic in that? Where is the critical thinking that we claim to so desire? Because I’ll be honest with you I’m certainly not seeing it. Which is where the suspicious part of my nature starts to kick in. If we are incapable of applying the traits of  a desired outcome what’s the real goal? 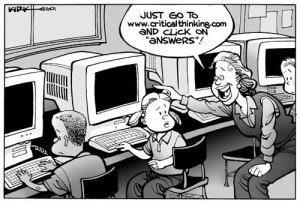 People with bad intentions rarely start the conversation by stating their selfish designs. Its always about the good that will happen based on these ideas. For example, data is always collected so that the individual can be better served, never for how they can be controlled and manipulated. All you need to do is look at our  Homeland Security policies and you can see how good intentions can run awry. Democracy is a never ending negotiation about what you’re willing to give up for that greater good.

I can see where current education reforms will produce better readers and better mathematicians. Corporations will have a better and larger pool of personnel to draw from. The population will be better able to follow directions. We will rigorous and gritty. Heck, future generations may even be able to recite the Gettysburg address. Will they be able to understand the meaning behind it though?

By creating readers that are 4 levels above their age will we lose the ability of spending a lazy afternoon reading a book at its pace without a specific goal? Since nobody will play anymore, where will those crazy innovative ideas materialize from? We feel quite comfortable enrolling our minority and lower income students into no-excuse charter schools while our wealthier children are constantly encouraged to think outside the box, how will that effect the make up of our future society? Will we be producing a society that any of actually want to live in?

Critical thinking involves being able to decipher a text by drawing in both experiences and external reading. It’s developed by spending time in a stable environment that makes a child feel secure enough to try out different ideas and not be afraid to fail. It involves teachers that are committed to a life time of learning so they can inspire that trait in children. It involves creating a system where all children are valued the same and that we invest in our communities as well as our children. It means being able to hold a conversation without demagoguing.

So it appears that some kind of Common Core might be needed. Shouldn’t it however be created to reflect the desired outcome? Perhaps parents, teachers, politicians, child development experts, administrators and community members could be brought into an actual discussion of what is appropriate. Instead of selling people on the concept maybe we could give them a sense of ownership by inviting them to truly participate in the process. Better yet, we could create standards that mold people in the shape of the type citizen we desire instead of the type employee desired. 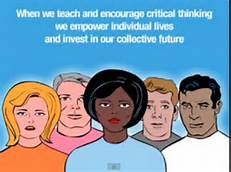